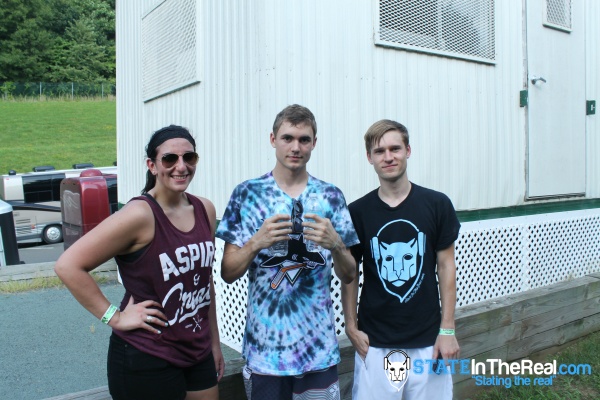 Photo: Sam and Eric from the SITR with Kelen from TSSF

Kelen Capener talked with us for a little while at Warped Tour in Holmdel, NJ on July 7th. The Story So Far has been making a name for themselves in the pop punk scene since the release of their first album Under Dirt and Soil. Their latest album, What You Don’t See, was released this past March to critical acclaim within the scene. This is also the band’s first Warped Tour, and they seem to be doing pretty well. The entire amphitheater at the PNC Bank Arts Center was filled with people for their set. We talked to Kelen about being on the tour, their new album, and how fans have been reacting to their new songs. He even gives us a “Go Nittany Lions!” at the end of the video. Check it out below.