Chris Will
Mainstream Music, Music
Comments Off on State In The Real's Summer Pop Playlist 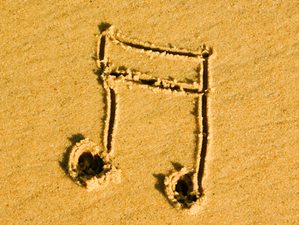 If there’s any season of the year that NEEDS to be soundtracked, it’s the summer. When the weather’s warm, the days are long, and the air just seems to be saturated with bliss and freedom, it’s necessary to be armed with the right tunes to cool off in the hot sun. And if there’s any genre that seems to fit in with the fun and carefree months of summer, it’s pop. Whether it’s raucous alt-pop, fluffly electro-pop, or smooth R&B-pop, it’s obvious that when you’re trying to put together your prime summer playlist, pop is the way to go.

So on behalf of State In The Real, I’ve created a playlist of pop (or pop-influenced) tracks that are perfect to bring in the summer season. There are some very familiar faces on here, but there are also some soon-to-be familiar faces as well. It’s Nikki Williams, songwriter of Demi Lovato’s “Heart Attack,” and her warm and fuzzy house-infused love anthem “Glowing.” It’s two-piece electronic outfit Capital Cities and their euphoric dance-pop jam “Safe & Sound.” It’s the uplifting tribal choir and glittering synthesizers in “Pompeii” by UK band Bastille. It’s the Imagine Dragons-esque production and unabashed youth in Fall Out Boy’s “Young Volcanoes.” It’s the glitzy 80’s synth-pop of “I Love It” songwriter Charli XCX and her track “Take My Hand.” It’s the John Mayer-esque acoustic pop of Michael McEachern’s “Easier As Us.” And it’s lots, lots more.

Check out the playlist above and on Spotify! Also make sure you subscribe, as we (and by we I mostly mean I) will be adding tracks to it throughout the summer as new releases crop up.