State In The Real's Favorite Songs From 2013

Mikal Daskivich
Mainstream Music, Music
Comments Off on State In The Real's Favorite Songs From 2013 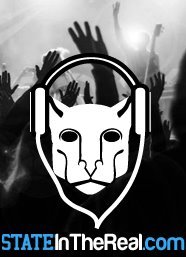 We asked State in the Real team members to list some of their favorite songs from the past year and what made the songs so memorable. See which ones you know, and which ones you need to learn below!

A powerful rocker from their most recent album, “Do I Wanna Know?” is one of the Arctic Monkeys most commercially successful songs, and for good reason. The “boom-clap” rhythm that drives the beat makes this tough track unavoidably addictive.

Drake couldn’t have done a better job with his first rapless single. A definite stylistic change from his previous work, this synthpop track has a flawless hook and a beat that can make even the lamest knitting party spring to life.

This song deserves a spot on every 2013 Top list because a single verse got everyone excited and buzzing about hip-hop again. Big Sean threw down what was possibly the best verse of his career, and no one even noticed after he was dwarfed by the ENORMOUS verse that Kendrick dropped. It brought rap back to the front of people’s minds, and established Kendrick very near the top.

This song was inescapable after it came out this year. It saw JT return back to his “Cry Me A River Days” and the result was perfect. JT crooning an easy singalong over a mammoth Timbaland beat equates to an instant classic. PS: Ellie Goulding’s cover version of it for BBC Radio 1 somehow gave the song even more life and love.

Everything about Lorde is simply amazing. This is definitely my favorite track off her new album. Not only is the beat great, but the lyrics are fantastic. I cannot stop listening to this song!

I have always been a Big Sean fan, but this is one of my favorite songs by him. Great collaboration with Lil Wayne and Jhene Aiko, and the lyrics are hilarious. Whenever this song comes on my iTunes, I always have to listen to it twice because I love it that much!

Twenty-thirteen was all about Miley. She made an impact at the VMA’s with her “We Can’t Stop” performance, but “Wrecking Ball” clarified that she’s a true pop star who’s extremely talented. With her upcoming tour, I predict 2014 will be just as big for Miley.

Although Pitch Perfect was released in 2012, the popularity of “Cups” has grown rapidly this past year. I never thought I would like this song so much! Everytime this song comes on I can’t help, but search for a cup to play along with it.

“Say Something” – A Great Big World

I have just recently discovered A Great Big World, and their song “Say Something.” Every year, I find atleast one song that truly sticks with me. This song is pure simplistic brilliance! I am looking forward to seeing what A Great Big World has in store for 2014.
Sam Metz:
“Still Into You”- Paramore

Paramore dropped their self titled album in 2013 and literally blew up the rock world. Hayley Williams’ voice is unreal and this album captivates her so well. “Still Into You” was one of my favorite tracks off the album and was so happy they chose it as a single. Every time this song comes on the radio, I can’t help but blast it.

2013 was the end of the Fall Out Boy Hiatus and the boys returned with a killer full length, two tours, and a handful of festival shows. I love Fall Out Boy: Past, Present and Future. They are without a doubt one of my favorite bands of all time, and 2013 was their year. “Young Volcanoes” was the third single release from Fall Out Boy before their album “Save Rock and Roll” released and when I first heard it, I had indescribable chills. I fell in love with this song and at that moment I knew Fall Out Boy was back and better than ever.

As a big Daft Punk fan, I was a bit wary of this medley. And then I listened to it. Not only do the Pentatonix cover all the hits, but throw in a few lesser known Daft Punk songs for the true fans. What really stands out to me is how perfectly the Pentatonix meld their five parts together, especially the bass and beatboxer. The rhythms are ridiculous.

Punk is alive and well thanks to Los Angeles rockers letlive. Their latest album, The Blackest Beautiful, was their most ambitious release yet, and really packs a punch. The second song on the album, “Empty Elvis,” is fast, loud, and angry. Every time this “Empty Elvis” comes on my iPod, I actually turn the volume up, because this song is best enjoyed loud. The song is a commentary on the entertainment industry, and how companies view something like art as a commodity. There’s even a little bit of intentional autotune in the chorus (Jason Butler definitely does need it) to assist with the satire. Additionally, one of my favorite things about letlive. is Jason Butler’s melodies. They’re complex and unique, and are one of the things that set the band apart from others in the scene. The melody in “Empty Elvis” is one of my favorite parts of the song, along with how fast the track is. If you enjoy punk music of any kind, listen to this song.

We also got a chance to interview the band this summer on the Vans Warped Tour! Check out our interview with letlive. below:

Dance Gavin Dance recently returned with their 6th album Acceptance Speech. The second single from the album is called, “Strawberry Swisher, Pt. 3.”  Two seconds into the song, I was hooked after hearing the Tillian’s opening vocals. The chorus here is the big seller, but the rest of the song is still very strong. The verses are fun and upbeat, accompanied by Jon Mess’s not-so-serious yells. Though its about a somewhat serious topic (conformity), the song is light-hearted. Even for those who don’t enjoy screaming or post-hardcore, the song is pretty easy to take, and can be enjoyed by most people.

The third single from their new album, “Modern Vampires of the City”, this song has been playing on repeat on my Spotify and in my car. In true Vampire Weekend fashion, the song is fun and upbeat and generally enjoyable.

I am a fan of Diplo and music that combines dance, a nice melody, and beats. Basically, this song.

Jay Z proved he can still spit just as well as some of these guys that are half his age on his 2013 release Magna Carta Holy Grail. The album was a solid piece and saw Hov mix a little old with some new. It’s hard to pick just one song but “Picasso Baby” was one of my favorites. Hov unleashes a lyrical smattering of tricks over the fast paced gritty Timbaland produced track. High art references? Check. Big up to your superstar wife Beyoncé? You bet ya. The song even came with a six hour performance art piece by Jay in New York’s Pace Gallery. Once again Jay proved why he’s the GOAT.

A$AP Rocky led the charge earlier this year for his crew, A$AP Mob, by releasing Long.Live.A$AP. Next in line was A$AP Ferg. The rowdy Harlemite hit the scene with the rousing ode to dancehall legend; “Shabba”. Ferg rips and rhymes over a blaring beat that’s sure to get anyone ready to party. His unique delivery stands out as he yells, “Eight gold chains like Sha-Shabba Ranks.” If you’re not ready to get down by song’s end – I don’t know if you’re capable of having fun.

Drake’s protege PARTYNEXTDOOR moved quietly in 2013. The Canadian national remained pretty mysterious ushering a few singles here and there. His debut self titled mixtape “PARTYNEXTDOOR” was a loopy sonic experiment. One of the standouts was “Break From Toronto”. The song samples Miguel’s “Girl With The Tatoo” as it brings audiences on a nocturnal rollercoaster ride. PARTYNEXTDOOR half sings/half raps as he’s backed by acrobatic drums. The artist and his playful sound later fade into the dreamy “Wus Good/Curious” but not before bringing listeners to the edge. Look out for this party animal from up North in the coming year!

Monica Consbruck:
“Hard Out Here” – Lily Allen
She came back from her “retirement” like a bat outta hell with this one. The song itself is super catchy, but not in an annoying way, and the message the song sends, while maybe in a bit of a jokingly degrading way, is funny, yet true and grabs your attention no matter how you feel about the subject. The video is pretty funny too, and seeing as the song has been at the top of the charts since it came out, I’d say it was a pretty massive song, for Lily and the rest of the world.
Chris Will:

This year was all about the pop-centered, female-fronted indie acts for me, and thus Tegan & Sara’s ascension to pop was one of the best things that happened in 2013. If you’ve heard Heartthrob, you know all about the lush, cotton candy production (courtesy of P!nk and Lily Allen collaborator Greg Kurstin), heartwrenching harmonies, and seriously bomb hooks that fill the album from start to finish. And if there’s a track that encompasses those three qualities perfectly, it’s “I Was A Fool,” one of the best breakup tracks I’ve ever heard, and so sweet that it’s almost liberating in its sorrow. Why else is it one of my favorite songs of 2013? Well, it’s the most played song on my iTunes, so what other reason do I really need then?

Lorde was without a doubt my queen bee of 2013, and it was because of more than just the massive “Royals” movement. Her debut Pure Heroine was the perfect remedy to the stale, over-processed releases from her veteran contemporaries like Katy Perry. Even though “Royals” and “Team” obviously have that single-ready power and push to them, “Ribs” still continues to be the standout song on the album (for me anyway). Like a club banger hiding behind the veil of an alt-pop ballad, the gentle, four-to-the-floor beat is caressed by Lorde’s euphoric voice. When I first heard the song, as I was leaving Penn State behind and taking my first steps into the working world, the line “it feels so scary, getting old” was (and really, still is) almost too relevant.

Passenger really hit the ground with “Let Her Go”, but listening to his album, that song only scratches the surface of how great of a lyricist he is. I love “Holes” because of the message, that horrible things can happen to anyone, but we can’t choose what happens and we need to carry on and not let the negativity drag us down. I really think he’s the next Ed Sheeran, he’s someone to watch out for in 2014, he’s just getting started.

“From This Valley” – The Civil Wars

On a heavier note, The Civil Wars ended their careers of making music together this year. They wrote their self titled album while on tour, and while having some difficult times as a group. It reminds me of Fleetwood Mac’s “Rumours” album, its saturated with emotion, depth, and experience and that’s one of the reasons I love it so much. I really love the whole album, but “From This Valley” has this powerful acapella bridge wedged smack in the middle of two choruses that are a force of sound stacked with heavy acoustic guitar and harmonies that are smoother than honey. Their voices sound amazing together, this is an album I could listen to for the rest of my life and never grow tired of it.