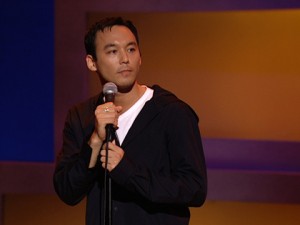 Comedian Steve Byrne will close off the Student Programming Association’s “Comedy Month” at 8 P.M. on April 26 in Alumni Hall. The show will be free for students with their valid Penn State photo ID.

The Pittsburgh native has become one of the more prominent names in comedy in recent years, and has an impressive resume to show for it. He had two hour long Comedy Central Specials, and his half hour Comedy Central Special was voted the seventh most popular by fans as part of the Standup Showdown. He also has appeared on the big screen in Four Christmases with Vince Vaughn and The Goods: Live Hard, Sell Hard with Jeremy Piven and Will Ferrell. In addition, Byrne has also made appearances on The Tonight Show, The Late Late Show with Craig Ferguson, Jimmy Kimmel Live, Last Call with Carson Daly, and Good Morning America.

Steve Byrne has also been part of several national comedy tours including The Jameson Tour, Vince Vaughn’s Wild West Comedy Tour, and The Camel Cigarettes Sin City Tour. Byrne is also not shy of the international spotlight when touring. He has toured with comedian Drew Carey on a USO tour in Afghanistan, and has performed in his own USO tour of Afghanistan, Japan, and Guam.

For more information on Steve Byrne, please visit his website at www.stevebyrnelive.com/2009