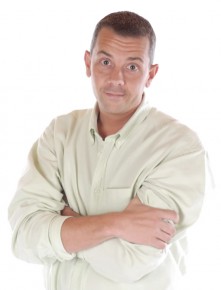 Steve Caouette is scheduled to perform on Saturday, January 28 at 10 P.M. in Heritage Hall as a part of SPA LateNight. Fellow comedian Kevin Barnett will serve as Caouette’s opener. This is a ticketless event. Students with a valid photo PSU id will be let in for free on a first come, first serve basis.

Caouette is known for his ability to do a wide range of impressions. He enjoys taking requests from the audience and will attempt to emulate almost anything. The more ridiculous the request, the more entertaining the show.

In the past, Caouette worked with “The Late Show with David Letterman” and now performs at colleges, clubs, and casinos across the country. His talents have landed him numerous commercials and voiceover work. He Worked on Stephen King’s “Langoliers” and “Thinner,” appeared in “The Preachers Wife” and “Boondock Saints,” and also acted in four independent films. With his multi-talents, he can be found anywhere entertaining people with his exceptional comedy style.

Barnett can be seen on Comedy Central, College Humor, and is a panelist on MTV’s #FAIL. He can also be seen in the independent film “How to Follow Strangers” and in Mike Birbiglia’s feature film, “Sleepwalk With Me,” to be released later this year. Barnett was a standout new face at the Montreal Just For Laughs Comedy Festival this past summer and co-hosts one of the best podcasts in New York: The Roundtable of Gentlemen.