Summer Jam of the Week: "Blow Me (One Last Kiss)" by P!nk

Chris Will
Mainstream Music
Comments Off on Summer Jam of the Week: "Blow Me (One Last Kiss)" by P!nk 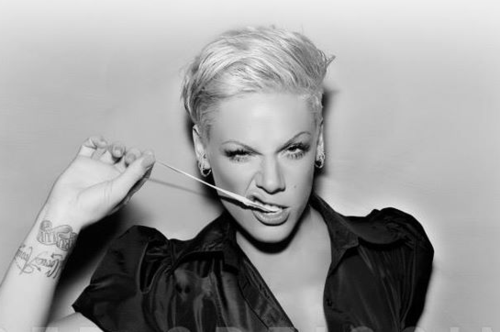 P!nk has always been pop music’s social outcast.  While many of the other top 40 songstresses have built their careers on frothy, sugar-sweet bubblegum hits, P!nk’s been kicking ass and taking names since the beginning of her career.  She’s had tracks skyrocket to success with the same rapid pace as Katy Perry, Britney Spears, Kelly Clarkson, and Lady Gaga, but she’s done so with down-to-earth lyrics and the kind of earnest spunk that is rarely found on the radio.  Even when she revealed her motherly side to the world with inspirational smash hits such as “Raise Your Glass” and “F***ing Perfect,” she did so with some well-placed four letter words and an audacious attitude.  Her newest single, “Blow Me (One Last Kiss),” marks the end of her brief stint as a pop music therapist.  Instead, it harkens back to the tart, snarky, fist-pumping pop-rock that originally cemented P!nk as a household name more than a decade ago.

“Blow Me (One Last Kiss)” one-ups her previous track “So What” as P!nk’s greatest break up anthem.  Though “So What” was scatter-brained, campy, and a bit juvenile, “Blow Me” has more of a serious, solidified purpose.  That purpose is giving her inept partner the big middle finger and a swift boot out the door.  Every word cuts like a knife, but each synth blast and guitar chord sings freedom and liberation.  P!nk’s rough vibrato further sharpens the songwriting, and her hooks are of the same caliber as her other colossal hits.  The chorus opens with the line “I think I’ve finally had enough, I think I maybe think too much, I think this might be it for us, blow me one last kiss,” and P!nk doesn’t stop there.  She makes sure this dude knows that he’s “full of sh*t,” she’s sick of his “whisky d***,” and she’s going to party, get wasted, and take someone a little more competent home.  What makes “Blow Me (One Last Kiss)” the ultimate smack in the face is the way P!nk lyrically intertwines the bitter angst of the failing relationship with the confidence that she’s moving onward and upward to a better life.  Add that to the song’s over-the-top catchiness and you have another surefire top 20 behemoth and a probable #1 hit.