Summer Jam of the Week: "Celebrate" by MIKA feat. Pharrell

Chris Will
Mainstream Music
Comments Off on Summer Jam of the Week: "Celebrate" by MIKA feat. Pharrell 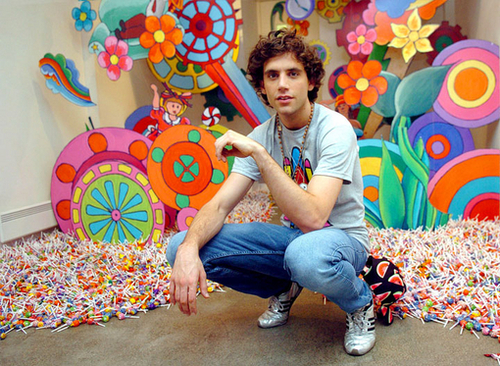 You know MIKA from the sassy, funky smash singles “Grace Kelly” and “Love Today,” which added some much-needed theatrics to American radio back in 2007.  With a fantastic vocal range, a tongue-and-cheek songwriting style, and a flamboyant, vivacious sound, MIKA has become a steadfast gem in the pop music world.  He just released the first single from his upcoming album, The Origin of Love.  The single, dubbed “Celebrate,” features American hip-hop/R&B legend Pharrell and has all the trappings of a massive summer hit.

“Celebrate” blooms with minimalist electro-funk, lending some pretty heavy comparisons to Daft Punk.  A throbbing, groovy bass blends with the soft acoustic guitars and jazzy synthesizers, creating a comfy pillow of sound for your eardrums to lounge on.  MIKA’s vocals are a little more laid-back than usual, as if he’s having too much fun partying to really belt it out.  Pharrell lets his voice settle between supple layers of auto tune and distortion, adding further to the track’s relaxed atmosphere.  In terms of what the song is about, the title pretty much says it all.  MIKA and Pharrell want everyone to celebrate, and though they don’t give a legitimate reason as to why we should celebrate, it doesn’t really seem like they need one.