Chris Will
Mainstream Music
Comments Off on Summer Jam of the Week: "National Anthem" by Lana Del Rey

Lana Del Rey is a new age pop songstress with a refreshingly dark and retro twist.  Embracing the visage of a 1960’s starlet, Del Rey crafts her debut Born To Die with such a lush, sensual mix of genres that it’s hard to pinpoint exactly what kind of sound she is trying to capture.  Born To Die literally thrives off of contradictions, both lyrically and sonically.  Throughout the entirety of the album, Lana Del Rey leads us through the exhilarating highs and rock bottom lows that permeate the ongoing relationship with her unnamed lover.  In between her professions of admiration and inexorable affection to this man, she picks out and highlights his flaws and abusive behavior with disturbing clarity.  Her undying submission, blatant obsession, and cutting cynicism make Born To Die an unsettling, yet striking love story. 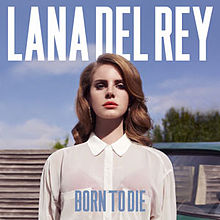 The majority of Born To Die floats lazily along with a blend of classic ballads and subdued chamber pop.  Peppered amongst those ballads are bits of modern hip-hop and R&B, which add some spice and kick to the heavy, brooding compositions.  Unfortunately, most of Born To Die is void of the glint and sheen that is necessary to feed the insatiable hunger of top 40 radio, with the exception of one track.  That track, “National Anthem,” is Lana Del Rey’s newest single.

Opening with soaring orchestrations reminiscent of The Verve’s “Bittersweet Symphony,” “National Anthem” cuts to a humid, mid-tempo beat and deep, sweltering strings.  Lana Del Rey takes the stage soon thereafter, casually keeping rhythm with a sort of pouty, girlish rap.  She proclaims, “Money is the anthem of success,” before shifting her focus to her lover, painting their struggle of romance and power.  Suddenly the verse rises into the chorus, opening up into a rich soundscape chock full of sugary melodies and singsong chants of “Tell me I’m your national anthem.”  Del Rey continues to coolly weave this tapestry of bittersweet disenchantment and party-obsessed youth.  She appears to advocate this dead-end lifestyle, but does so without choice, as if there is nothing else but living fast and dying young.  The power of her voice is euphoric, and the poetic command in her songwriting is mesmerizing, “Red, white, blue is in the skies.  Summer’s in the air, and baby, heaven’s in your eyes.”  You can say what you want about pop music, and you can say what you want about Lana Del Rey.  However, you can’t deny that “National Anthem” has a unique and unexplainable appeal.  The video above is simply a music video trailer, but you can watch the full length music video here.  It features underground hip-hop artist A$AP Rocky as J.F.K. and Lana Del Rey as both Jackie Kennedy and Marilyn Monroe.