Summer Jam of the Week: "Out Of My Mind" by B.o.B feat. Nicki Minaj

Chris Will
Mainstream Music
Comments Off on Summer Jam of the Week: "Out Of My Mind" by B.o.B feat. Nicki Minaj 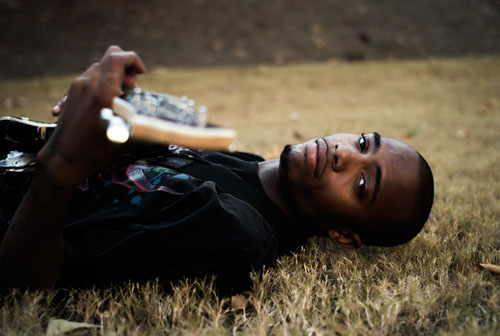 Fresh off of B.o.B’s new album Strange Clouds, “Out Of My Mind” is one of the loudest, craziest, and most aggressive tracks on the rap/pop artist’s sophomore release.  Here we find B.o.B as unconventional as he’s ever been, taking a break from the static, corny pop hits that he’s been known to make.  Mental instability never sounded like so much fun, and when Nicki Minaj joins B.o.B for her crazed, erratic second verse, the collaboration really takes off.   This song packs a punch, and though Strange Clouds is over-stuffed with collaborations, “Out Of My Mind” definitely rises above the rest as the most unique and enjoyable track.

Even the beat comes across as insane, as a synth warbles and rambles across sporadic burps of bass.  B.o.B, to his credit, is pretty intimidating with his tone and lyrics.  He’s in your face, cackling gleefully as he spins off lines about why he’s unstable, using his insanity for bragging rights.  The track initially comes across as a little one-sided until Nicki Minaj comes in.  It then becomes clear that this isn’t just a song for the haters, or a song about being crazy.  “Out Of My Mind” is a rap battle, and Nicki clearly wins. She calls Bobby Ray out on everything: his name, his ego, and even one of his hit songs, “Airplanes.”  This is not only one of B.o.B’s most intense tracks, it’s one of Nicki’s wittiest verses as a feature.