Summer Jam of the Week: "Settle Down" by No Doubt

Chris Will
Mainstream Music
Comments Off on Summer Jam of the Week: "Settle Down" by No Doubt 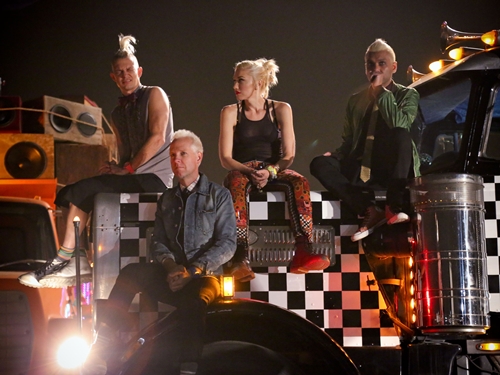 Fellow No Doubt fans, let’s all take a collective sigh of relief.  Over a decade after their last new studio release (Rock Steady), No Doubt debuted the first single from their upcoming album Push and Shove.  The track, titled “Settle Down,” is a blissful return to the funkified, ska laced alt-rock that first made the band a national treasure.

There’s little trace of the cotton candy fluff of front-woman Gwen Stefani’s electro-pop solo career.  This time, the synthesizers take a backseat to the grooving bass and the beachy guitar licks.  Even the song itself gives off an air of triumphant return, and Gwen seems content, though slightly unsure of how to handle all of the hype (“Get, get, get in line and settle down.”).  Granted, “Settle Down” flaunts some interesting composition, with vocal stutters sprinkled throughout the track, a pretty heavily orchestrated intro and an ambient, reverberating outro.  But what’s most important is that “Settle Down” holds just enough familiarity to please the old school No Doubt lovers, and showcases just enough originality to string in some newer fans as well.  Hopefully this theme is consistent throughout the rest of the album as well, but I suppose we’ll just have to wait and see.  Make sure to pick up the single on iTunes!