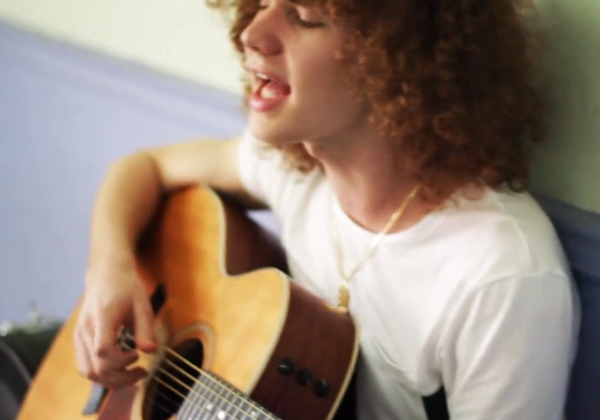 Alright Canada, you win this round. This week’s summer jam is more of a summer groove, as we lounge in the sweet serenity of Canadian singer-songwriter extraordinaire Francesco. This dude has a big future in front of him, with a record deal with Atlantic and a top-notch debut album on the way. And though his singles are sure to make big waves on the charts and radio, today it’s his cover of Kendrick Lamar’s “Swimming Pools (Drank)” that’s worth noting.

Anyone with a radio dial has heard Lamar’s top 20 smash, the slurred beat and cautious flow, a party song at first glance hiding some serious social commentary. Francesco takes the original and irons out most of the wrinkles, keeping his performance relatively free of the tension that dominated Kendrick’s version. The darkness is still there, but it’s reduced to a faint shadow, tempered by the unblemished soul in Francesco’s delivery. And though the instrumentation is stripped down to only acoustic guitars, there’s still a fantastic pulse to the piece, a campfire-style rhythm that even in its tranquility makes you want to move. If you like this work, check out Francesco’s other stuff on his YouTube channel (his cover of Miguel’s “Adorn” will completely knock you off your feet). For a great original, also watch the music video for “The Way You Were” below.