“The truth is you could slit my throat, and with my one last gasping breath I’d apologize for bleeding on your shirt…”

We all know this line, and probably because of our preteen/teen days in middle or high school, when heartbreak was a plenty and we all turned (no actually ran) to bands like Taking Back Sunday. With their hard rock sound and meaningful lyrics, the band gave kids like us the assurance we needed that we weren’t alone, while we could still totally rock out and just feel better about the world we live in.

Penn State was lucky enough to host Taking Back Sunday tonight in the kick off of the Student Programming Association’s (SPA) annual Homecoming week concert. The show started off with a dance competition with Penn State’s dance organizations, where each team had to represent a country. The first dance group to go on was Whiplash, who performed with a Spanish theme. The next group was Penn State Dance Alliance, a jazz group whose theme was America. After them was Tapestry, Penn State’s tap dance group who adopted the Irish theme. Next was the runner up, Penn State Belly Dance Club, who appropriately selected Egypt for their theme. The next group was the winner, Urban Dance Troupe, who performed in a Japanese theme. Lastly was the ballet group, Vole, whose theme was Brazil. The winners, Urban Dance Troupe, will be performing at the pep rally this Friday for this weekend’s football game, so be sure to go out and see them at Rec Hall!

The competition was great, but there was no ignoring the anticipation of Taking Back Sunday, who came out and from the get-go just destroyed the place. They had the same energy and rocked just as hard as they did years ago, and the crowd, who had stampeded to the stage as soon as they could, was loving it. There were semi-mosh pits starting to form in places in the crowd and crowd surfers a plenty, as there should be at any good rock concert. They sang everyone’s favorite songs as Adam swung his mic all over the place (surprisingly not once hitting anyone). At one point, before they played “Faith,” Adam gave a shout out to someone in the crowd who had reached out to him via Twitter earlier. He said, “Now I saw one of the funniest profile pictures while I was on Twitter earlier. There was this guy, who was naked, and his girlfriend was sleeping on the couch. He was kneeling next to her, curling a weight, just naked. And I just thought it was one of the funniest pictures, and this guy asked me to play a song, so this one’s for you, man.” Now, the best part was that the kid was in the crowd, waved his arms all around to show Adam who he was, and a sort of bond was formed between the rock star and the “naked boy.” It was truly touching. He also went on about the Bill Pickle’s Tap Room bar downtown, and how he expected it to be an old timey place with tap dancers and how he was sorely letdown when he actually went in. Sorry for the disappointment, Adam.

The set went on for about an hour and a half, and instead of leaving and coming back to play their encore and wasting everyone’s time with dramatics, they decided to spare us and play straight through. The concert was amazing, the set was great, and a lot of us were blessed with the opportunity to see the musicians we so respect and love.

You can find see all the photos from Taking Back Sunday’s performance at Penn State on 9/30/12 here! 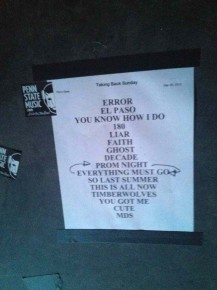 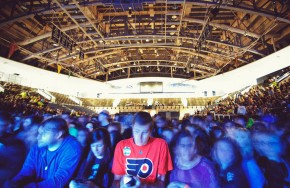 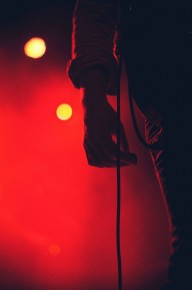 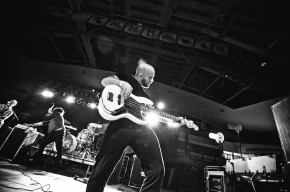 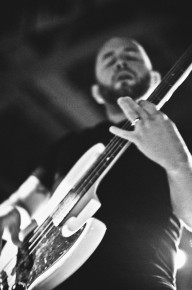 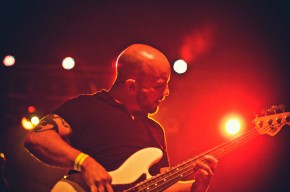 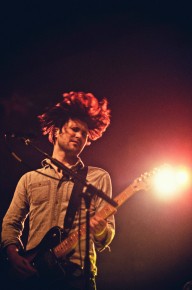 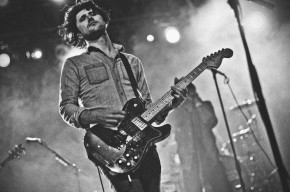 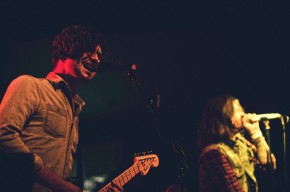 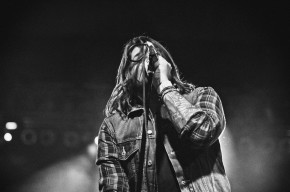 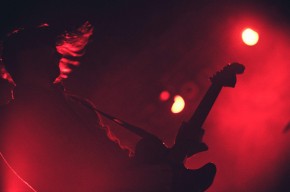 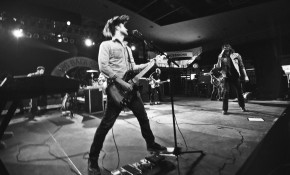