Johnny
Mainstream Music
Comments Off on The Early November Album and Tour Dates!

The Early November dropped their album release date today as July 3rd.  The album, titled In Currents, is the bands first since returning from hiatus.  Initially they got back together for only a simple reunion show, but soon after they announced they were recording.  Well now the band is finished tracking drums, and ready to get on the road, with The Wonder Years, The Swellers, and Young Statues, for their upcoming tour to play their new tracks.  Unfortunately we won’t be seeing them come through PA.  Look for them up in N.Y. if you really want to see them before the new album drops.  Otherwise, there is usually a tour after a large album release such as this one. 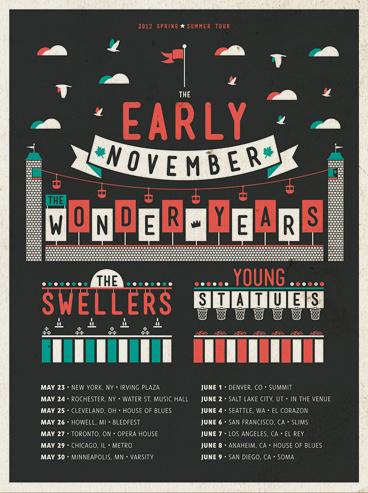