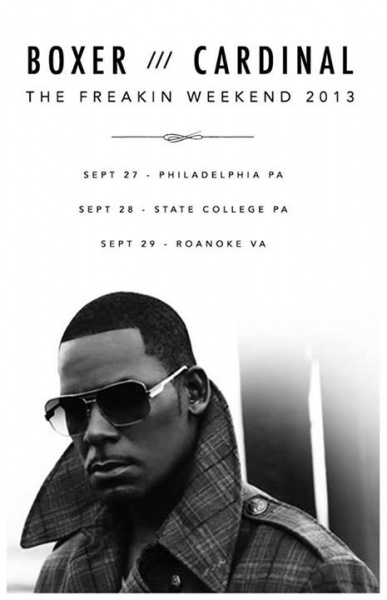 On Saturday September 28th, State College will play host to the second stop on the Boxer // Cardinal Freakin Weekend 2013! The night will kick off at the Mr. Lahey’s House around 8:30 PM. The first set, punk rock band Cardinal will go on at 9 PM. Boxer will be playing at 9:35 PM and local band, Eyes Wide will end the night with a set starting at 10:10 PM. There will be a $5 cover at the door and if you plan on driving to the event you can park near South Garner.

It is going to be intense… so be there, or be square!