The Phyrst Jam Sesh Battle Series (Every Monday in April) 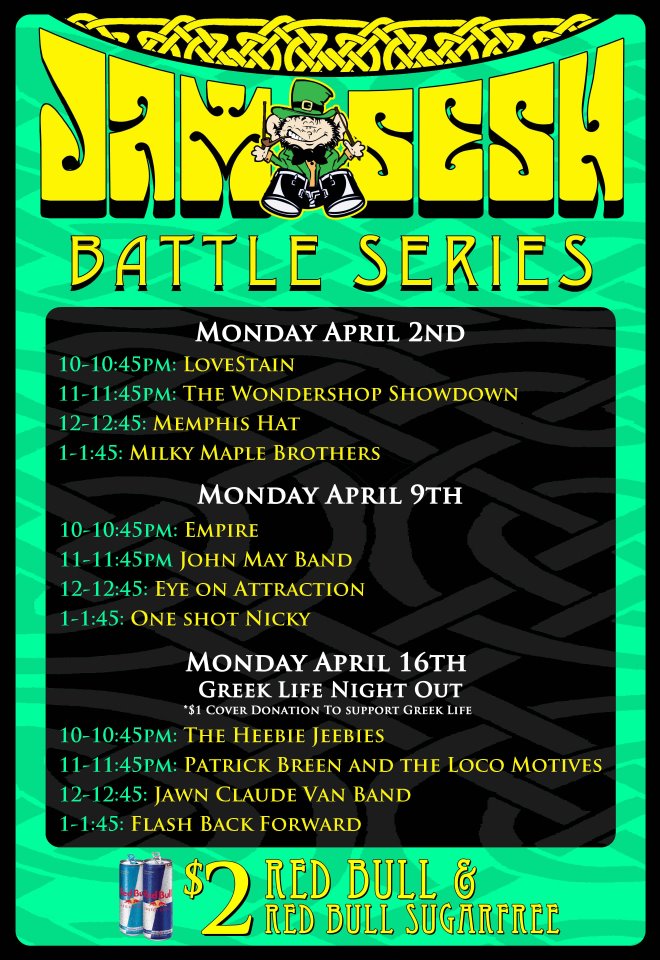 The Phyrst is calling on all local bands!

Head bangers, instrumentalists, garage bands, vocalists, band geeks, and anyone else who likes to jam! Were looking for local up and coming bands to battle it out Jam Style for a gig at the Phyrst.

Beginning Monday April 2nd, two bands will battle it out every Monday for a spot in the final event on Monday April 23rd. The Grand Prize: A gig at the Phyrst and a year’s supply of Red Bull to keep the jam’s flowing!