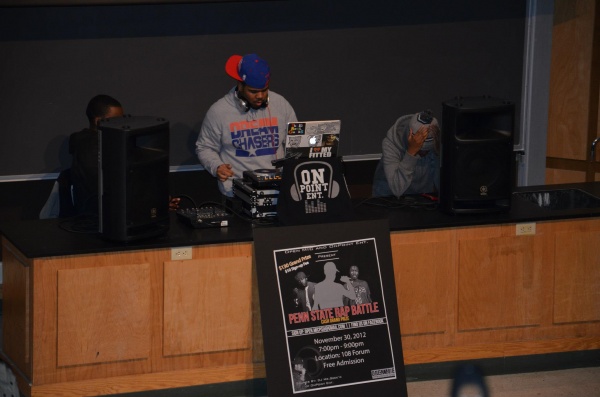 The second annual Penn State Rap Battle, hosted by Penn State’s Open MIC (Music Inspiration and Concepts) Organization is looking for talented rappers to participate in the battle! The official rap battle takes place on Friday, October 18th, at 7pm, and there will be a cash prize given out to the winner.

In order to be in the battle, you have to try out first. If you’re interested in trying out, contact PennStateRapBattle@live.com with your birth name, rapper name (if applicable), PSU ID, and times you are free through out the week. Both male and female rappers are encouraged to participate, but no team rapping is allowed, however.

After tryouts, check back at State In The Real for the results of who will get to participate in the actual event. The rap battle will be set up in a bracket system: each person is paired up with a competitor, and the winner will move on to the next round. As we said before, the overall winner will receive a cash prize! We’ll have more information on the rap battle and the competitors later, so make sure you check State In The Real for the latest information on the annual Penn State Rap Battle.