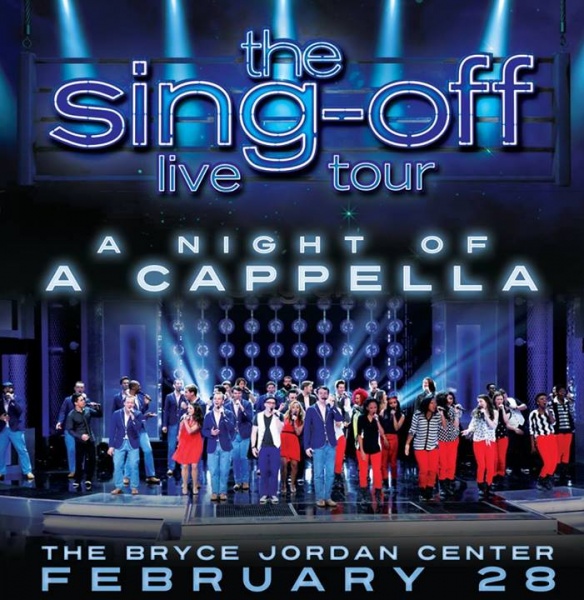 The Sing-Off, NBC’s No. 1 rated a cappella music competition, is set to come to the BJC on February 28th, 2014! Tickets for the tour go on sale Friday, December 20 at 10 a.m. Get ticket information here.

The Sing-Off Live Tour! will feature the newly crowned best a cappella group in the country, along with other finalists from season 4 of The Sing-Off, performing their a capella versions of the biggest chart topping songs viewers fell in love with from the show. The brand new tour will include individual sets from each act, all new group numbers, ultimate sing-off’s and a few new surprises.

“The incredible reception ‘The Sing-Off’ has received this season is a testament to the show’s ability to intrigue and move viewers with the sheer talent it showcases,” said Paul Telegdy, President of Alternative and Late Night Programming, NBC Entertainment. “The tour will be a unique experience for fans of the show to get up close and personal with their favorites groups and experience the magic of a cappella live.”