The Statesmen are Changing Penn State's A Capella Game 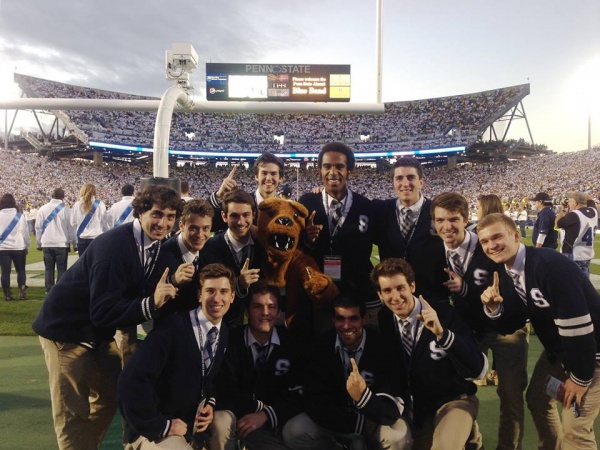 12 young males from Penn State came together 3 years ago to form the JoePas, only to change their name to The Statesmen a year later. Today, The Statesmen are going strong at 2 years old, and aren’t looking back. They formed because they felt that Penn State needed an all male a capella group that aligned with the ideals of the university. The Statesmen perform a wide range of music, but are most popular for livening up Penn State’s famous fight songs. They strive to bring back the passion, spirit, and pride that originally were put into these fight songs, and return these qualities back to the forefront. The Statesmen are also trying to bring back the fashion of old Glee clubs, when they were filled with student leaders that embodied the spirit of their respective universities. They are a new group with timeless ideals that are trying to spread their name and mission around Penn State. The Statesmen recently performed at the Homecoming football game vs Michigan, and are scheduled to perform again on December 4.  They expect to have a Christmas EP out at some point this winter, and plan to release their next album next fall.

Until then, support them by purchasing their album on iTunes!

Help out The Statesmen by commenting below on which songs you’d like to see them cover and perform in the future!