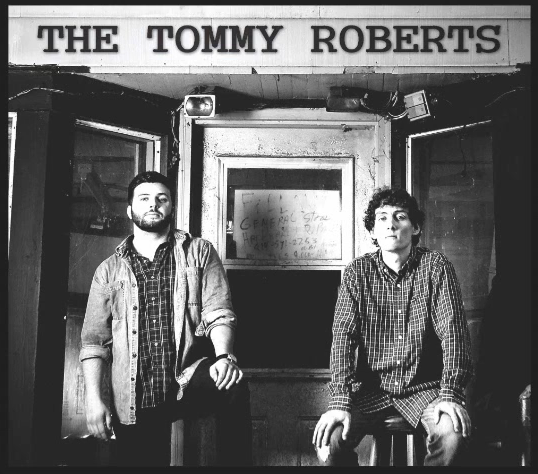 In anticipation of the release of their self-titled debut album, The Tommy Roberts have shared their first single, “Walking Back (To Tennessee)”. The two members Brian Cleary and Nate Cutshall met last December in State College and immediately hit the ground running, playing several shows a week at downtown music venues. Their debut album was produced by Mark Ross and it was recorded at Attic Light Studios by Noah Figlin. This Saturday, September 10th, The Tommy Roberts will host an album release party at the Gamble Mill in Bellefonte. The show will start at 6:30 PM and it will feature Jordan Keith Robb as the opening act.

In his new single, Cleary belts his heart out, singing about a lost lover in Memphis and his sweet country wine. A sharp harmonica and electric and slide guitars join the quiet opening accompaniment for a final build during the climax of this foot-stomping acoustic track. Check out The Tommy Roberts’ Facebook page at the link below.