Exclusive Q and A with Penn State rapper The ‘U’ on his new video, “Weldon"

Chris
Penn State News Reviews and Interviews
Comments Off on Exclusive Q and A with Penn State rapper The ‘U’ on his new video, “Weldon" 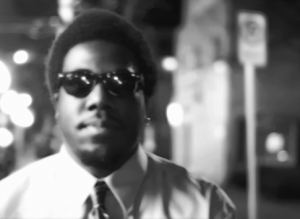 The ‘U’ is a well-known hip-hop talent around State College, but now that he’s graduated; he’s ready to take on the world. Said world domination is starting off strong with The ‘U’s new music video “Weldon” (directed by Justin Molush at Alacrious Media,) as well as the #NoDaysOff EP tentatively set to release this year. State In The Real was lucky enough to have some words with The ‘U’ about the video, and his departure from Penn State.
-What made you decide to shoot most of the video at Casa Blanca (an underground Penn State music venue)?
The ‘U’: Justin suggested it, and it just felt right. My career really got goin while doing house shows at Casa Blanca, and it was the hottest underground spot for music on campus
-You and Casa are both going to be missed next year. Now that you’re graduated, what plans to you have for your career, and the video?
The ‘U’: I have a free-lance sports gig now with an aspiring entertainment star here in Jersey, hoping that pans out with the NFL season getting ready to kick off. Music wise? Im gonna push this video as much as possible on Twitter, Facebook, my blog, Reverb Nation, etc.. Im still nailing down a full time manager to help me take the next step
-What about any upcoming releases?
The ‘U’ The nex project is called #NoDaysOff EP.. It’ll be about 7 or 8 tracks. We’re gonna try to get it out late this year or mid 2012. We just shot a documentary for it, and “Weldon” is the first of about 3 or 4 music videos for the project.
-Speaking of “Weldon,” whats the deal with the name?
The ‘U’: Weldon Irvine is a famous jazz artist…Jay Z and a number of other artists have sampled from him. This track is sampled from the same guy. The dude was a legend along with Miles Davis, Coltrain, etc.
-I’m sure you’re excited to get your music out to the rest of the world, but what did you think of being a Penn State musician? What were your favorite and least favorite features of the scene?
The ‘U’: Least favorite: The cover bands rule the mainstream music scene on campus, which isn’t really fair to the actual aspiring original artists who are tryina make a name. The Local rap scene is not really that good on campus either. But on the plus side, the PSU Songwriters Club was amazing for promoting and networking for original artists. So was Casa Blanca. Open mics and coffee houses are abundant if you want to perform, and people are willing to listen in the right setting.

Check out the video at http://vimeo.com/26819153 and spread the word! We’re expecting big things from The ‘U’ this year, and we’ll make sure to keep the updates frequent. “This is the first of many from me, people are gonna look back at this in a few yrs and be like wow, he’s come a long way but he’s the same laid back fun loving dude.