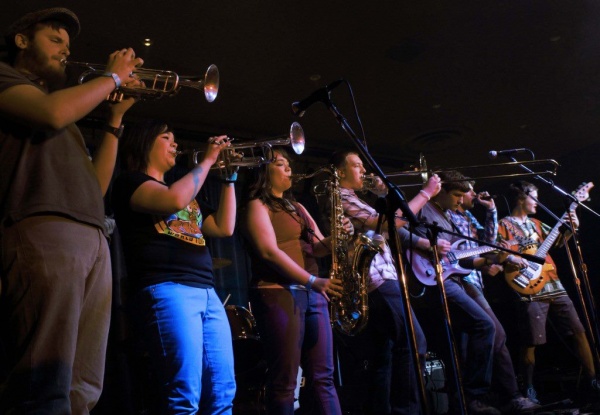 In anticipation of their debut 12-track album, A Night At The Movies, The Wonder Shop Showdown has released this promotional video to get fans ready for Happy Valley homegrown ska music!

“We’re really trying to give people a glimpse into what we’ve been up to with this album for the past several months, and hopefully give them something to look forward to. We’ve put a lot into this album, and have a lot to be proud of with it. So hopefully people get as psyched about it as we are” says Kyle Ennis, guitarist/vocalist of the group.

I’m extremely excited for this release, and if you’ve ever seen these guys play, you probably are too. If you haven’t, watch this video. Actually, watch it either way. The point is… Be on the lookout for big things from this 10-person powerhouse.