Tim Vitullo releases his new EP This is the Thing!

Chris
Penn State News Reviews and Interviews
Comments Off on Tim Vitullo releases his new EP This is the Thing! 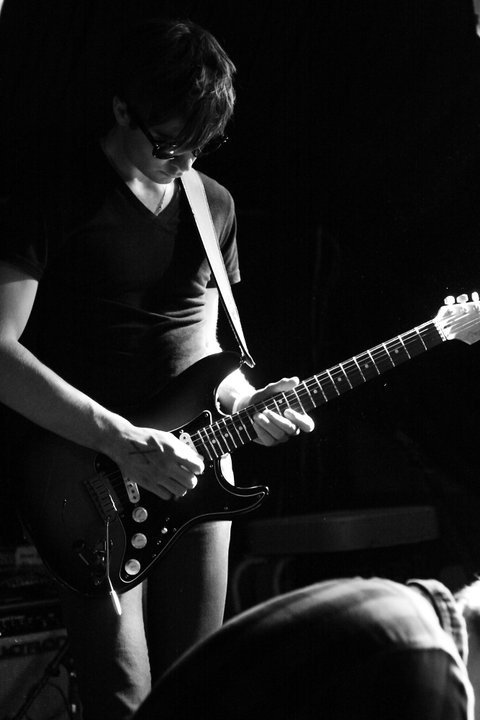 Tim Vitullo is a Penn State student, guitarist, singer, and songwriter from Pittsburgh, Pennsylvania looking to put a fresh stamp on American music. Recognized regionally as a top-notch blues guitarist, Tim was named Guitar Center’s “King of the Blues” of the Greater Pittsburgh Area in 2010. No stranger to the State College music scene, Tim has been a featured member of both 2010 Movin’ On Battle of the Bands winner British Phil and Dave Joyce and The Slow Pitch Band during his time in town. In addition to his own records, Tim’s guitar playing can also be heard on Michael Doyle’s British Phil and Michael & the Mooncussers EPs. Currently, Tim is regularly performing in the area as front man for newcomers The Jon May Band.

Tim has just finished his latest EP — This is the Thing! — a collection of genre-crossing, original jazz compositions that also serve as his undergraduate honors thesis. Recorded at Frigo Studios with the help of Nick Rudenko (tenor saxophone), Erek Kapusta (piano and keys), Sam Heppelmann (double bass and bass guitar), and Jon May (drum kit), the album aims to introduce a new perspective on the limits of modern jazz compositions. This record follows 2011’s Put ‘Em All Together, a collection of blues, rock, and country inspired tunes.

Tim’s sound is ever changing as he continues to explore new genres and playing styles, but a healthy dose of Jimi Hendrix’s rock attitude, Eric Clapton’s blues licks, Jerry Garcia’s curiosity, and the raw emotion of Jimmy Page all remain constant in his playing. As Tim departs from State College, he continues to perfect his craft as an accompanist and songwriter, regularly drawing from the works of Paul Simon, The Band, Ryan Adams, and Jeff Tweedy as inspiration. Tim plans to continue exploring the styles of jazz, rock, and country, searching for new streams of American music with which to express himself.