Timeflies Freestyle All About The Nittany Lions at Friday's Performance

Kristen Costa
Mainstream Music, Penn State News Reviews and Interviews
Comments Off on Timeflies Freestyle All About The Nittany Lions at Friday's Performance 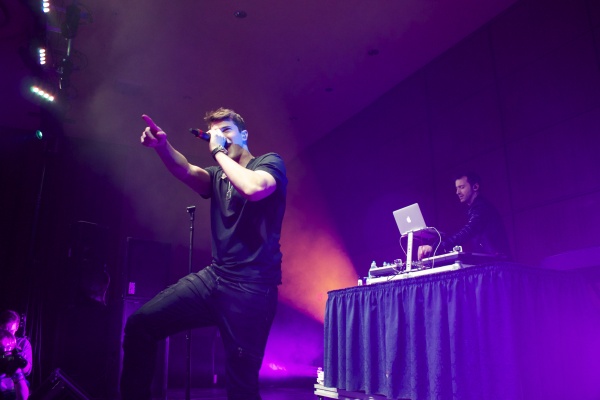 Last Friday night brought us another wild and free concert sponsored by SPA. Timeflies brought the heat Friday night, and the energy was so high its shocking that it didn’t cause a power surge. Even though the line was insanely long and started to form around 3 o’clock that afternoon, everyone was able to get in and have a great time!

The crowd was bouncing off the wall with anticipation from the second the doors were opened, so when the lights dimmed and the music started jumping out of the speakers, everyone went insane. So as soon as Cal and Rez hit the stage, the ground started to shake. The pop duo kicked off the show with a tempo-pushing tune called “Lose My Mind” that set the tone for the rest of the night. 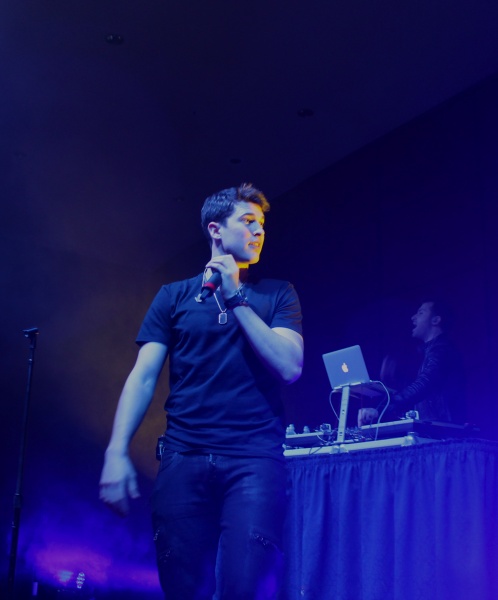 Cal, the vocalist, is a captivating performer. With his effortless ability to bounce around the stage without skipping a beat, along with his multitude of vocal talents, he brings the performance to a whole other level. Both Cal and Rez compliment each other’s work in a unique and innovative way.

Hands down, the highlight of the night’s performance was the Penn State freestyle segment that Cal performed. Timeflies has a bit of a tradition every college campus performance; they ask for a list of the college’s traditions, landmarks, and fun facts to form a personalized freestyle rap over a popular song’s chorus. Since the list that Timeflies received from SPA was so long, they split it in to two songs. Some of the topics covered were The Creamery, Indigo, White Out games, and, of course, JoePa. In addition to the double freestyle, the added bonus of the show was when Cal announced that they would be filming the crowd for this week’s “Timeflies Tuesday”, which can be found on their Youtube channel later today!