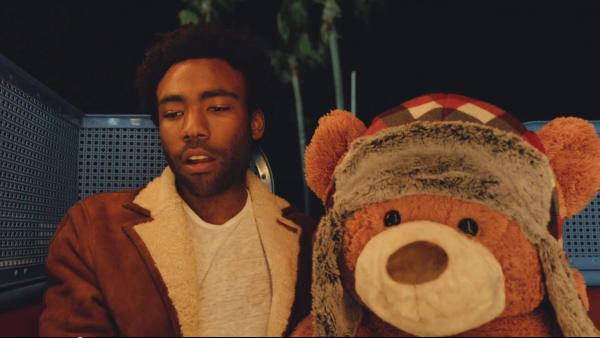 Donald Glover, aka Childish Gambino, aka MC DJ. Whatever his name, its hard not to talk about the man. Fresh off of his new mixtape, the Wu- Tang Clan name Generated Gambino has a lot more songs in his roster than you might know about. From his I Am Just a Rapper mixtapes to his two actual albums. There are many songs that help to solidify why his rise to popularity is a long time coming. As he says in his early days, he is not just a rapper, or an actor, or a writer. He is truly a nice mix of all of them. From his early days as a DJ, to his evolution to a “joke/ Punchline” Rapper to the mix of serious and joke rapper that he is right now. This list is, in my humble opinion what has helped make Childish Gambino the great rapper that he is. This list will not feature his guest appearances, just songs that he has done under the Childish Gambino or MC DJ moniker. 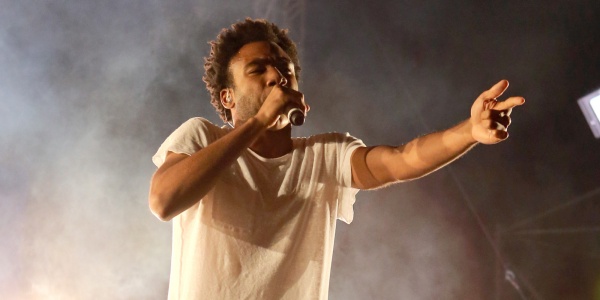 From his MC DJ days, this remix of the chilling Sufjan Stevens song makes the song seem somehow less sad, and more distant. The remix is simple, and makes the original more exciting, also much shorter. It takes the best parts of the Stevens track and takes those to the next level making it simultaneously more relaxing and more creepy.

I was convinced that this was going to be on his album, the follow up to Camp. This was of course before Because the Internet came out, and this was leaked a few weeks before he announced the album. Starting off with an a-cappella humming that shows off Gambino’s singing chops, and then the beat drops and he goes in hard, rapping about some serious topics, showing his transition from joke rapper to serious Drake type rapper.

From his nasally days, the hook of the song isn’t even Gambino, but it sticks in your head. He raps mostly jokes here and its one of his first mixtapes as Childish Gambino, so he is trying to find his voice, literally. Still thinking of himself as “Weezy but Geeky.” he had no identity of his own, but the sampling and the beat showed that from early on  he was destined for fame (as a rapper).

His most, “Drake” like song, lamenting the time that he has with his girl and how much he wants to be with this girl. It is one of the first songs on Because The Internet and it is the mark of his transition to be taken seriously.

Arguably the song that made him a star, this is the one that got CG the air play and when you hear this track you know why. He has some amazing verses and the beat is smooth, and the hook is super catchy. It is the song you play to get a girl into rap. It is a love song that is mushy, kind of like Drake, but not at that level yet.

A song that clearly evolved into “All the Shine” this was released very close to Camp, and it is one of the last tracks of Gambino as a “punchline rapper” with lines like “Everything I’m saying, I’m super saying like Goku.” They are fantastic lines, and the song doesn’t take itself too seriously.

Sampling heavily from “Oakland” this song, that is Glover’s dealing with a long distance relationship. It is heavy, and his sporadic lines in the song accent the use of Lloyd, making it so unforgettable. It is definitely a standout on the album.

The comparisons to Gambino and Chance the Rapper will probably never end, so long as they are both still rapping. But this song shows why they are truly some of the best rappers in the game, (even though Kendrick Lamar doesn’t think so). Both of them have some great verses and the song could be ten minutes long, and not be long enough.

I have always been a fan of Das Racist, so by extension Himanshu. When I heard that he and Childish Gambino were doing a song together, I was beyond excited. Even though the quality was not the greatest, but it is so good. They bounce off of each other in such a fantastic way that Snoop and Dre could only match. The beat is also so soulful and both of their distinct vocals lend well to the track.

Alternative rock god Beck on a rap song? Crazy, right? No, Beck can rap! With Glover coming in on a rock sounding track, he combines the two worlds in such a fresh way that really showed why the R O Y A L T Y mixtape was such a big deal. It was the launching point for Gambino. It shows how skilled he can be, and how he is a serious rapper, he makes no jokes, he is just rapping about life, and the contrast of Beck is a nice touch.

Do rappers even listen to indie rock? Apparently Childish Gambino does, and very, very indie rock at that. Sampling from “Tightrope” by Yeasayer, Gambino combines his nasally voice with the indie rock gem and produces a sound that changed how some rappers sample tracks. He is not just a rapper.

Once again, Childish Gambino samples from a practically unheard band, Sleigh Bells. He doesn’t even sample “Rill Rill” he takes a song, 90% of his “listeners” have never heard. It shows why he is the prince and why Jay Z and Kanye should really put their “Crown on the Ground,” also it’s a nice anthem for LeBron James/ Kevin Durant.

Another one from his MC DJ days, he takes two things that I swear I never would have thought in a million years of putting together, but it works, oh it works in all of the right ways. Sampling Young Jeezy’s “It’s Going Down” and a song from A Charlie Brown Christmas. Also I listen to this song about everyday in December because it makes me feel Christmas, you know in a thug kind of way.

You have probably seen the picture, “Features Chance the Rapper on his album, to sing 5 words” showing that Childish Gambino doesn’t care who he pisses off in the process. He knows that people will download the song seeing “Chance the Rapper” on the track, but the song is actually much better than that.

What do you get when you combine multiple comedians who can sing, you get one of Childish Gambino’s most touching songs to date. About a man who just wants to fall in love with a girl, and is sick of going to parties and hooking up with girls at parties. The contrasting vocals of Garfunkel and Oates and the nasally voice of Donald Glover combine for a sweet and touching song, something not seen very often from modern rappers.

The hook for this song, the beat, the energy that Gambino goes with. It is one of the best songs on the album, and when you hear him do it live, it makes the crowd go crazy. “Girls like ‘We love you, come to LSU, you gotta do a show so we can come a molest you.’” It’s a fun song that captures the spirit of Gambino.

“Okay, it’s Childish Gambino, homegirl drop it like the Nasdaq.” in my opinion, there is no better opening to a song. The rolling beat that starts, and how hard Gambino goes in the track makes this one of the most distinct and most Gambino-esque Gambino songs.

First off, let me go on record and say that Jamie XX does an absolutely perfect remix of Adele’s instant classic “Rolling In the Deep,” but add on some of the fiercest lyrics Gambino has every dropped, and you have a more perfect remix of a perfect remix. Besides, what better way to make your way into a song than “Swag, you think that I keep fucking other girls, you know I’m not.”

There just seems something so right about Childish Gambino rapping over Adele, from her super powerful voice, to his nasally voice, to the seriousness of her lyrics to the joking nature of his rhymes. Everything fits together in such a great way, that I can’t think of many other rappers can say that they have a more perfect sampling of a song out there. Also the line “Yes, I’m drinking whiskey, baby I gone on tonight, NBC is not the only thing I’m coming on tonight.” These are the type of artfully crafted lyrics that I have come to expect from Childish Gambino, and I found Because the Internet to be severely lacking in this category.

Finally, the top of the list, the song that, in my humble opinion made Gambino the star that he is today with a beat that is as hard and angry as he is on this track, he also has some of the best lines I have ever heard in a rap song in this, the acoustic version is all I listen to any more though, with 148 plays on my iTunes alone. With lines like; “I have worked all winter, I will not fail summer, in the back of a bush like Gavin Rossdale’s drummer.” And “Took the G out your waffle, all you got left is your ego.”