DETAILS FOR Tyler Sherritt to perform at Levels

Tyler Sherritt to perform at Levels 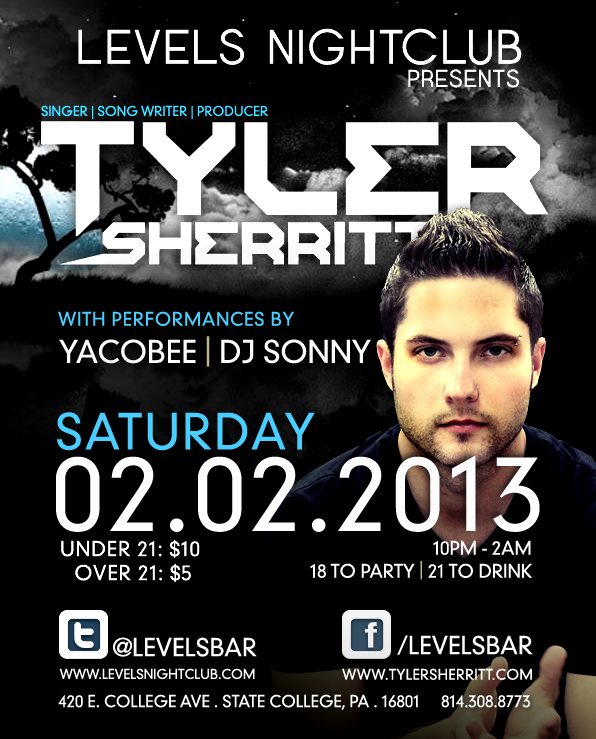 Singer/songwriter, DJ and producer Tyler Sherritt will be playing a show this Saturday, February 2 at Levels Nightclub. Sherritt, from New York, has some impressive show credentials, including opening for Armin Van Buuren on New Years Eve and for Dash Berlin in their recent show in Philadelphia.

Never heard of him?  Here’s a vid of him at Santos House Party in NYC:

What’s great about Sherritt is that he actually sings over his own tracks, (those are his vocals in the vid). This is sure to add something extra to the upcoming rave at Levels, a smaller setting than most EDM shows. Here’s another clip of him performing, this time at Cielo in NYC:

The show starts at 10 p.m. and is open to all ages 18+. For more Tyler Sherritt, check out his SoundCloud and Twitter.