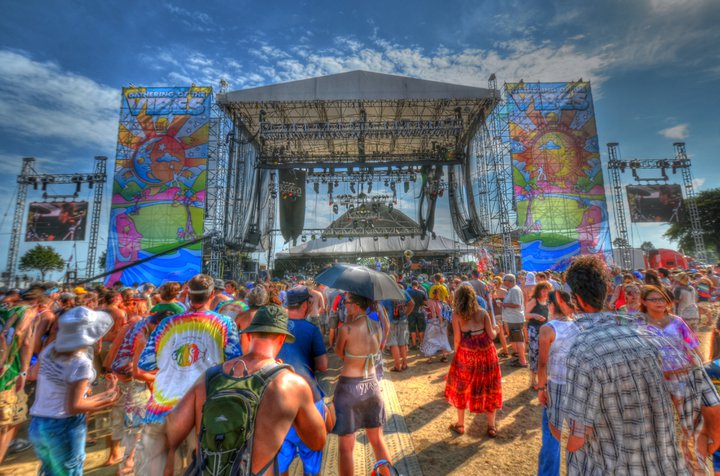 Yesterday, the lineup for Gathering of the Vibes was released for its seventeenth annual music, arts, and camping festival held in Bridgeport, CT.  This four-day festival will be held at Seaside Park for its eighth year in a row on July 19-22.

Although the festival initially started out as a Greatful Dead memorial party, the event has transformed into a diverse musical experience featuring artists such as STS9, Primus, Dark Star Orchestra, The Avett Brothers, Conspirator, Royal Family Ball Featuring Soulive and Lettuce.  People of all ages attend this family festival every year to enjoy a variety of acts from jam bands, funk, to electronic dance music.  This festival is by no means just for your average Deadhead; anybody who enjoys good music, good people, and good vibes is welcomed with open arms into the family known as the VibeTribe.