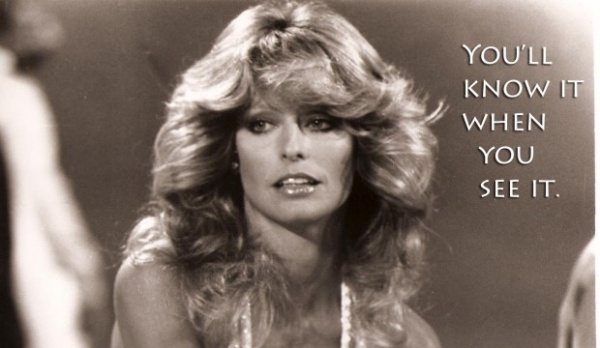 “Farrah Fawcett Hair ft. Andre 3000” by Capital Cities is a masterpiece. Its message is simple: Profound greatness is impossible to define, but when you see it, you know. “…Like Michael Jackson ‘Thriller’. Like Farrah Fawcett hair. It’s good shit.”

The song draws from a multitude of genres, opening with an electro-pop sound that soon transitions to a chill downbeat, before ramping up in energy for the chorus. The song transitions seamlessly through dynamic changes in volume and rhythm, from impressive instrumentals to a verse by Andre 3000, for example.  Even with the diversity of rhythm, the entire song will have you moving. This is a song that you can enjoy listening to on repeat. It never gets old.

Much of the song is narrated by Frank Tavares, a famous voice from NPR. Throughout the song, Tavares recites a list of “good shit”, which including Daniel Day Lewis, sunsets, and of course National Public Radio. The chorus is sung by a soulful female vocalist, who explains Capital Cities’ “Good Shit” philosophy. Andre 3000 uses his verse to recite his list of “good shit” as well, included full-length mirrors and American Apparel ad girls.

The song is all about pleasure and things that make you happy. To me “Farrah Fawcett Hair ft Andre 3000”  is one of those things. When I listened to the song for the first time, I couldn’t help but say to myself, “Wow, this is good shit.”