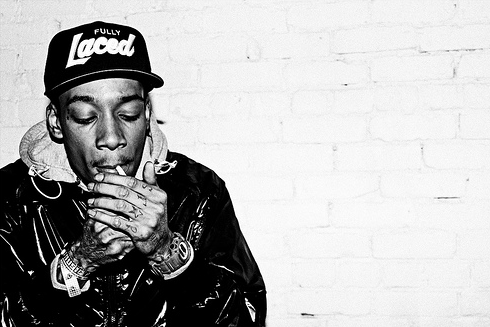 Well for those that don’t know, December 12th will forever be known as Wiz Khalifa day in Pittsburgh. The City Council, the rapper, and his closest friends met yesterday morning to officially honor the Taylor Gang leader for being an ambassador to Pittsburgh. We have gotten a lot of good hits out of Wiz over the years and he has always given us music we enjoy and put on repeat. It wasn’t too long ago Wiz was an up and coming artist performing in backyards right here at Penn State. Here are some of my favorite tracks of his and congratulations to Wiz from the whole State In The Real staff. If you haven’t checked out his latest album, click here.

Easily one of Wiz’s most popular songs. “The Thrill” is a track all of us have come to love and enjoy. The hook is so catchy and Wiz really did a great job with the verses. Burn After Rolling is definitely my favorite Wiz project, and it’s because of tracks like this.

“Ink My Whole Body” is another one of those Wiz Khalifa tracks that all hip hop heads have heard and vibed to. The Pittsburgh native has made it no secret he loves getting a new tattoo, and this song exemplifies that. The music video is definitely sweet too and very well done. “I ain’t addicted, I’m committed.”

With all the classics Wiz has put out, sometimes this song gets overlooked. It’s no secret that Wiz is a “stoner rapper” but sometimes he really makes it work, and this is a prime example of that. The hook is awesome, and it’s a song that you just have to put on repeat.

Every once in a while, a rapper takes a shot and slows it down. Most of the time the song sounds pretty lame, but here, Wiz did an awesome job slowing it down. “Fly Solo” might have been my personal favorite off his debut album Rolling Papers. The song is way too catch to not play back, and he is actually rapping about a meaningful topic.

I remember when Taylor Allderdice first came out. Everyone was playing that mixtape over and over again, and songs like this had all Wiz fans and hip hop fans enthralled. The song is simple and easy to vibe to, and in my opinion, the best track on Taylor Allderdice.

I’ll end here, it’s only fitting. “Black And Yellow” was the track that took Wiz to the next level in his career. His statement song. It would eventually become the anthem for the city of Pittsburgh. Congrats to Wiz on getting his own day, and I hope everyone enjoys his music.