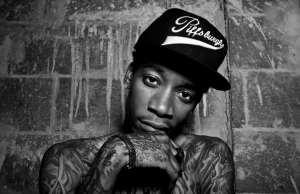 Want to see him high while eating grapes… say no more, watch the video below.