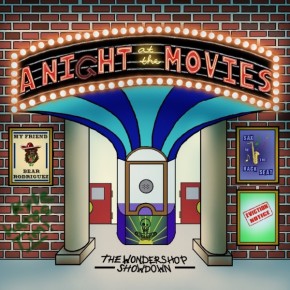 The Wondershop Showdown, veteran Penn State ska band who has played at both Movin’ On and THON, has released their debut album titled A Night at the Movies FOR FREE. If you are unfamiliar with the impressive brass section, tight vocal harmonies, catchy guitar riffs and upbeat rhythms that make up The Wondershop Showdown’s signature ska sound, don’t fret! We’re here to help.

Recorded by Marc Frigo, the production is flawless. Balancing the instrumental parts of a twelve member band is not an easy feat, but was masterfully achieved. A big bravo to Mr. Frigo, The Wondershop Showdown, and everyone else who had a hand in the album.

I won’t give too much away, but song #7, State, could put a smile on any proud Penn Stater’s face.

Download A Night at the Movies HERE. The album is free to download, but you can choose to donate as much as you’d like to The Wondershop Showdown for the wonderful music. Enjoy the album!

Watch the official album trailer below!