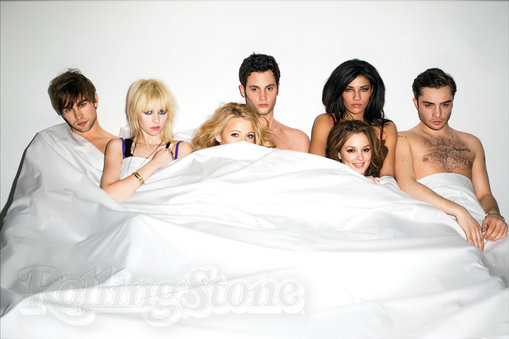 Gossip Girl may be a pretentious, unrealistic chronicle of rich and spoiled New York socialites, but if there’s one thing to make up for its lack of a riveting story line, it’s the kick-ass music featured on each episode. Amidst the scheming, lies, and galas/balls/parties/charity events/etc., is a soundtrack that would catch the ear of even the biggest indie snob.

Though there is the occasional obligatory chart hit, (think Rihanna and David Guetta), the majority of the tunes come from lesser-known, alternative and indie artists, spotlighting honest and true talent throughout the show’s six-season run.  Now we don’t expect you to subject yourself to all that Upper-Eastside drivel just to hear some songs, so you’re in luck: we’ve provided you with a 20-track playlist that encompasses some of the best music featured on the show, including Crystal Castles, Ladyhawke, and The Kills.

You can also click here to find a comprehensive list of all the songs featured on each episode of Gossip Girl, as well as a ton of other shows on TV.