Chris Will
Mainstream Music, Music
Comments Off on Your 2013 Fall Pop/Rock Roundup 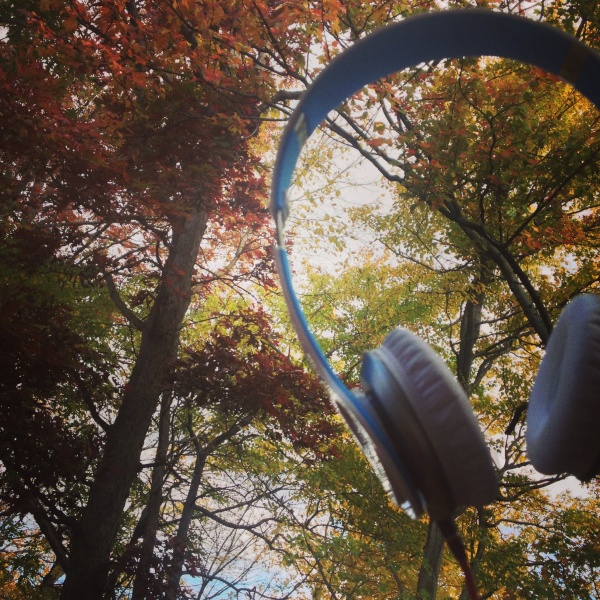 Let’s save the lengthy introductions, shall we? Below are 17 fresh pop, rock, and dance tunes that are ripe and ready for your playlist picking. You can listen to them all in the Spotify playlist below, or click on the song titles to stream each track on Youtube.

Sure, “I Love It” is gleefully angry and “All Night” is sweet and sentimental, but what about a sassy, no-holds-barred party pop song? For this, Icona Pop deliver “On A Roll,” an aggressive slice of electronic paradise that features a refrain that’s meant to be shared.

The Bones Of What You Believe is as tart as indie synth-pop gets, and “We Sink” is a perfect representation of that sound. With a cute, frolicking beat and singer Lauren Mayberry chirping joyfully over the static background vocals, it’s too easy to ignore the stabbing refrain “I’ll be a thorn in your side till’ you die.”

Grouplove’s “Tongue Tied” is still to this day soundtracking commercials, but the band has already moved from their 2011 critically acclaimed debut to their sophomore album Spreading Rumors. The lead single “Ways To Go” is more calm and sparse than their breakout single, but its emotive verses and airy chorus prove that the band is far from running out of fantastic indie rock smashes.

When she’s not stealing hearts on tour with The Weeknd, Banks is busy crafting steely, synth-brushed ballads that ooze sexuality and power. “This Is What It Feels Like” is no exception, with a throaty dub-influenced backdrop and the singer’s haunting, silken vocals, broken only by the humid layering of symphonic synthesizers.

“If I Could Change Your Mind” – HAIM

Days Are Gone is easily one of the most commercially underrated alternative-pop albums of the year, and at its apex, “If I Could Change Your Mind” stands sad but proud. Here, the three HAIM sisters fashion a beautiful breakup song with groovy basslines, strutting electric guitars, and harmonies that are so good they’ll make you ache.

Iggy Azeala made waves with her off-the-wall diary-like rap anthem “Work,” and now she turns up the volume and the heat with another inspirational club crusher called “Change Your Life.” Here, she spits fire over the molten dubstep and thundering percussion, all with a little help from T.I.  If this track doesn’t make you want to jump up, grab a fifth and start twerking then you’re not listening to it right.

John Newman’s already a #1 sensation in the UK, which means that he’s already turned his sights to owning the US charts, and rightly so. His crowning jewel “Love Me Again” is a massive jam, a tight mix of blues and pop with an intergalactic hook that bleeds chart success. This is a song that’s soon to be a sensation, gripping and completely, utterly liberating in its sonic majesty.

Why is this song on this list? It’s on the radio, yes, it’s from a manufactured Disney Pop starlet, yes, but it’s too damn good to be ignored and not nearly respected enough. An urban dance song that feeds obsessive, unbridled desire through a grinding, stuttering, churning beat, Zendaya’s breakout single is a mesmerizing piece of pop that has some serious substance behind it.

Ricky Reed is the king of getting turnt, and if you’ve heard his band Wallpaper.’s newest album Ricky Reed Is Real, you’ll know that “Hesher” proves that fact over and over again. The lyrics don’t really matter; it’s all about the rugged rap, muddy guitars, and trap-ish breakdown that make the song the balls-to-the-wall party song that it is.

“Mason Jar” is just one behemoth earworm hook, from the crisp verses to the “OH-OH-OH-OH-OH” that neatly finishes off the big, chunky chorus. Every second of the track is manufactured to make you dance, and it only represents a quarter of the ridiculously catchy, self-titled EP that Smallpools released over the summer. Check it out; these guys are well on their way to becoming the next biggest thing.

Leave it to Katy Perry to make a song about sex seem so innocent and bright. “Birthday” is one of Prism’s few highlights, and that’s mostly due to the frothy, effervescent magic that makes the track impossible to hate.  A little bit of groove, and a whole lot of catchiness and camp make “Birthday” a must have for any pop playlist.

Another hyped-up release with a lackluster delivery, Krewella’s Get Wet has only a couple solid songs that weren’t already on their Play Hard EP. One of those cuts, “Enjoy The Ride,” comes across as a bit of an “Alive” part deux with the bubbly house breakdown and emotional lyrics. But where “Alive” focuses more on loving someone, “Enjoy The Ride” instead focuses on loving the life that’s given to you.

“Nicotene” – Panic! At The Disco

As great as “Ms. Jackson” and “This is Gospel” seem, they’re nothing compared to this album track from P!ATD’s newest release Too Weird To Live, Too Rare To Die! “Nicotene” finds Brandon Urie completely and painfully vulnerable, laying out his infatuation and lust as if it were an addiction. The stadium-sized orchestration and searing guitar licks further cement his melodic pain.

New Politics keep it brutally honest in their ode to one-night stands, aptly titled “Tonight You’re Perfect.” Confessing his insecurities in the verses, front man David Boyd leads us into the chorus as he searches for something to fulfill his emptiness. The track then blossoms into the comically candid refrain, replete with sugary synthesizers and soaring vocals.

“Fake You Out” – Twenty One Pilots

A weird but incredible marring of 2000s style-emo, rap, and Passion Pit, Twenty One Pilots are a force to be reckoned with. Their debut album Vessel dropped at the beginning of the year, but it’s still gaining momentum with its bleak, raw lyrics and frothy pop production. “Fake You Out” is sure to be the duo’s next single, a dark, lonely ode to depression that’s masked in so much sunny electronic instrumentation that it’d be unsettling if it didn’t sound so appealing.

Little Mix make moves to reclaim their title as the girl group of the 21st century with the leading single to their sophomore album Salute. “Move” skips merrily along with a bass-heavy beat and sassy, slick harmonies, a solid ode to the 90’s and a nod to their oft-compared predecessors The Spice Girls.

True is without a doubt one of the best dance albums to come out this decade, with a seamless mix of jazz, country, pop, and funk intermixed into Avicii’s signature heart-thudding house breakdowns. “Shame On Me” flaunts an old-school blues vibe and a soulful duet between two lovers, complete with a commanding breakdown in the song’s first quarter.